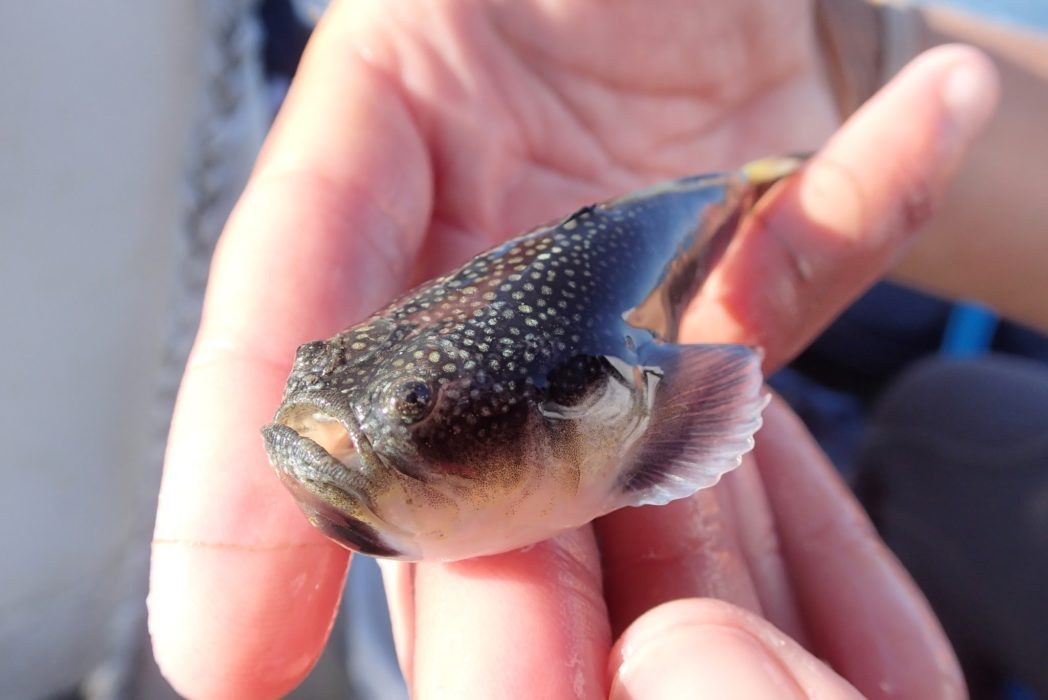 Physical: Northern stargazers are very unique looking fish. They have a black-brown body with white spots, which grow larger and more spread out toward the tail. The tail has three dark horizontal strips. Their eyes and mouth are located on top of their head, facing upward, which is how the species gets its name. Unlike other fish, who breathe with their mouths, northern stargazers breathe using nostrils to draw in water. They also have an organ that can discharge electricity to ward off predators. Adults grow up to 22 in (55.9 cm).

Habitat: Their range spans from New York to North Carolina. Northern stargazers tend to live in deeper waters than the Barnegat Bay, so any individuals found in the Bay are strays from the continental shelf. They live in sandy bottom habitat.

Feeding: Northern stargazers eat small fishes, crabs, and other crustaceans. They hunt by burying themselves in the sediment, leaving their eyes and nostrils above the sand while waiting for prey to approach. Then they burst out and swallow their food whole.