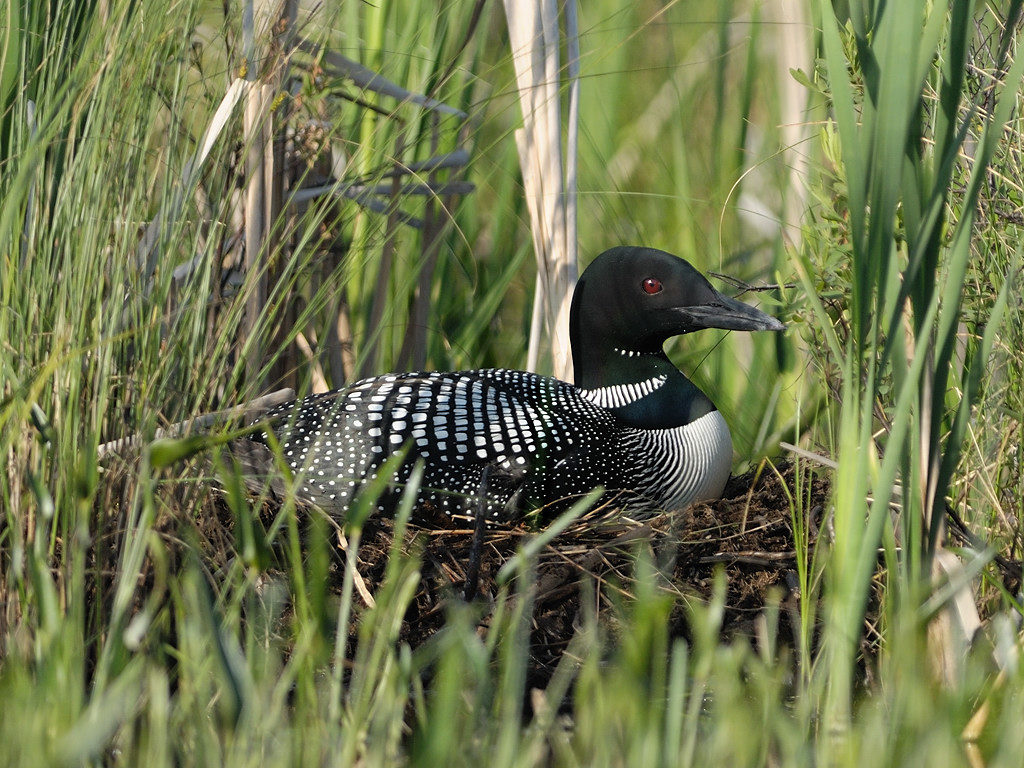 Physical: Common loons reach lengths from 70-90 cm.  Dorsally, they are white with black spots.  The head and throat are black with a blue or green sheen.  Immature loons are often gray with a fluffy appearance.  They are known for their long haunting-like calls.

Habitat: G. immer are territorial in nature, and are often secluded from others of their species.  They winter on coastal bays and oceans on all coasts of North America.  They are very volatile to human distrubance and prefer quiet bodies of water especially during breeding season.

Feeding: Common loons commonly eat shellfish, frogs, and aquatic insects.  They will swim through the water propelled by their feet.  they even eat while underwater with sharp cerations to hold onto slippery prey they may have caught.

Breeding: G. immer lay 2 olive-brown to green lightly spotted eggs.  Nests are bulky masses of vegetation near the water for ease of escape.  They nest from northern Canada to Massachusetts.  Their nests are usually found on the ground and can be reused once or twice each mating season.  Some loons have been noted to repair old nests instead of make a new one each year.