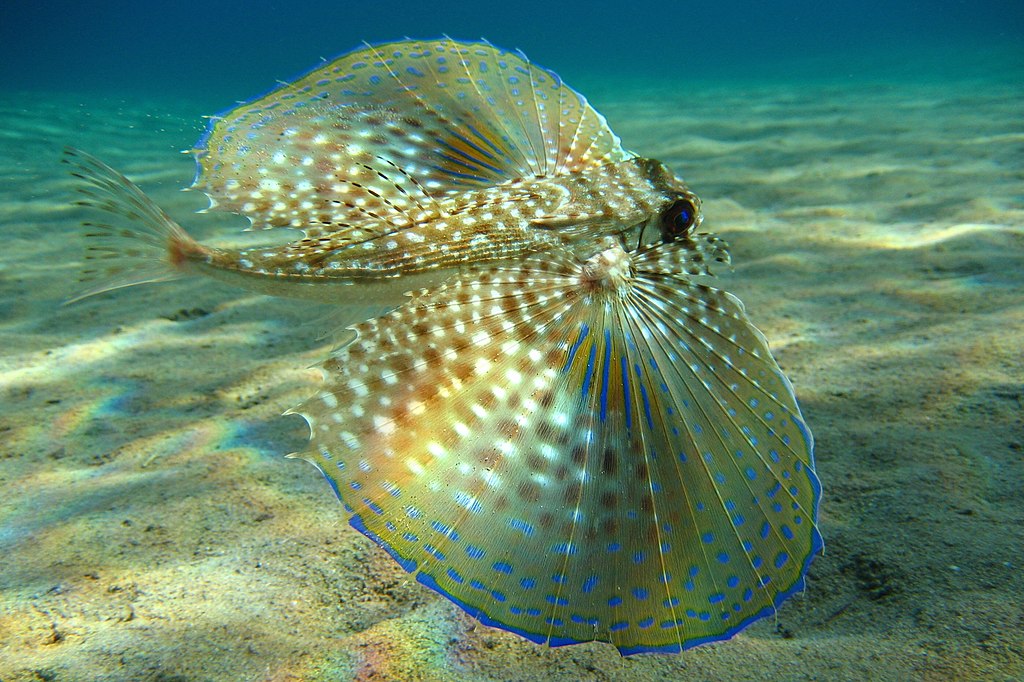 Physical: The flying gurnard is a very unusual fish. Its body is grey to yellow brown, with white spots. Its most notable feature is its large fan-like pectoral (side) fins, also spotted, blue at the base and around the edge of the fin. When fully extended, they reach all the way back to the tail. The first few spines are split from the rest of the fin and can move independently. When the pectoral fins are closed, the flying gurnard uses these front spines along with its pelvic (bottom) fins to prop itself up on the seabed and “walk” around. Adults can grow up to 20 in (50.8 cm).

Habitat: Found on both sides of the Atlantic Ocean. Their range extends from Canada to the Gulf of Mexico to Argentina, as well as the English Channel, Mediterranean Sea, and parts of Africa. While their range in North America includes the Barnegat Bay, they prefer warmer waters, so most individuals in the Bay are southern strays. Flying gurnard live on sand, mud, or rocks on sandy bottom.

Feeding: Flying gurnards are bottom feeders. They use their pectoral fin spines to dig through the sand for clams, small crustaceans (crabs), and other small invertebrates.

Breeding: Not much is known about their breeding behavior. Eggs and larvae are free-floating.