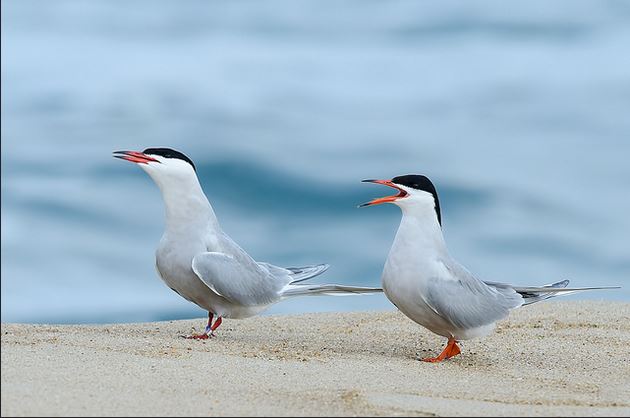 Physical: The Common Tern is a small, graceful bird. It has a pale gray mantle with a black cap, its bill and feet are red-orange with a black tip. This species can grow up to 34 cm (13”).

Habitat: S. hirundo generally are found nesting on beaches, or, back bays, and marshes. It is also common to see them nest on islands in some large lake areas. Nests are on the ground, based in mats of bent-over grass stems in marshes, and sand mixed with fine gravel on beaches.

Feeding: Common Terns tend to feed on invertebrates, insects, and some fish species. To capture their prey these birds hover a few meters over their prey before diving headfirst for their meal.

Breeding: Eggs are generally laid between late May through July, with a clutch size of 2-4 eggs. Both parents share incubation duties until the eggs hatch in 21-27 days. Fledging occurs for about 28 days.