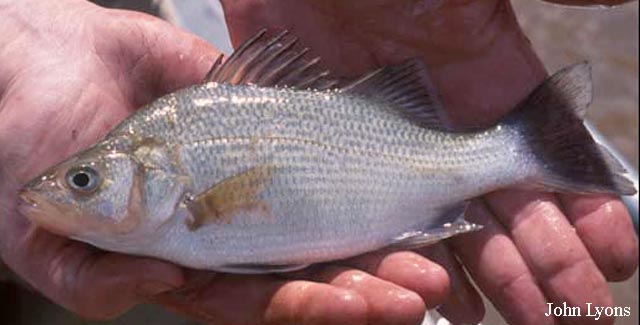 Physical: White perch can measure from 7 to 10 inches in length and weigh up to 1 pound. They have a silvery green, grey body color, faint dark lines on the sides, and a dark tail fin. It can be identified by the dorsal fin which has 4-6 spines.

Habitat: The White Perch is found in estuaries and freshwater ecosystems from Nova Scotia to South Carolina. This fish is found in high silt, mud, or clay areas. Perch prefer water with a salinity of less than 18 parts per thousand.

Breeding: White Perch are semi-anadromous spawners, which means they move up rivers from the ocean to spawn. They move into waters of low salinity in April through June.