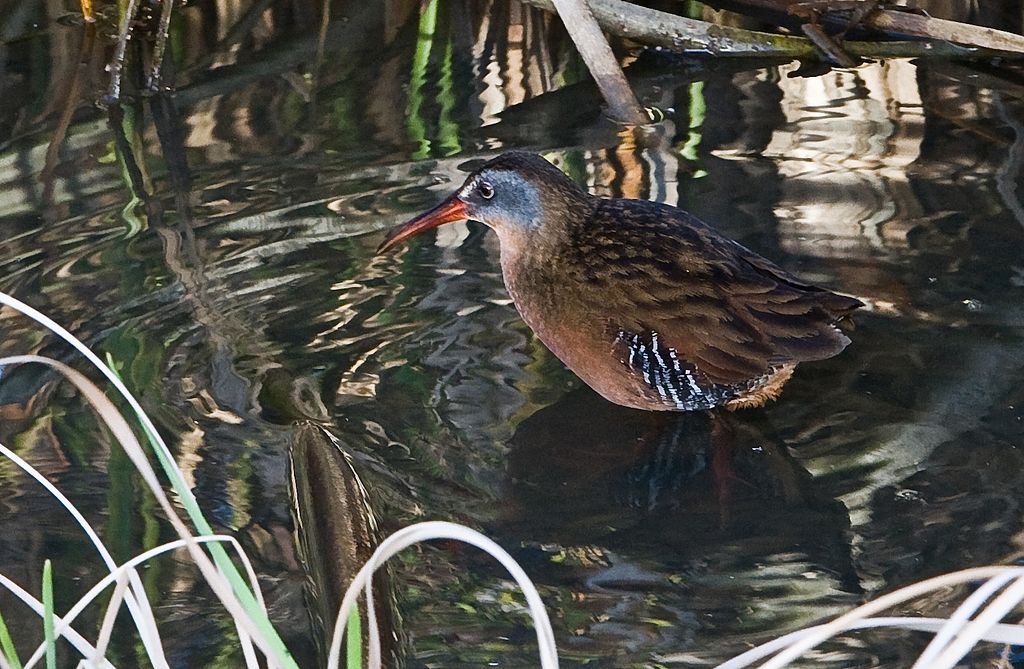 Physical: Virginia rails are reddish brown with grey cheeks, red legs and bill, and black and white bands along their body. They look very similar to clapper rails, but are smaller (22-27 cm) and have more intense coloration on the beak and cheeks. Their call also sounds different, closer to “kiddick-kiddick” than a clapping sound.

Habitat: Virginia rails live in freshwater and brackish water marshes, moving to saltwater marshes in the winter. Their range spans Canada to northern Mexico. Most populations migrate, but the Barnegat Bay population resides there year round.

Feeding: Much like other rails, Virginia rails forage over mud and shallow water. They feed on insects, larvae, crayfish, snails, and some seeds.

Breeding: When courting begins, males run back and forth with their wings raised to attract females. Then both birds make bowing motions at each other and the male feeds the female. Mating pairs build nests in the marsh vegetation, over dry ground or shallow water. They lay 5-13 eggs in a clutch, which both parents incubate for 18-20 days.