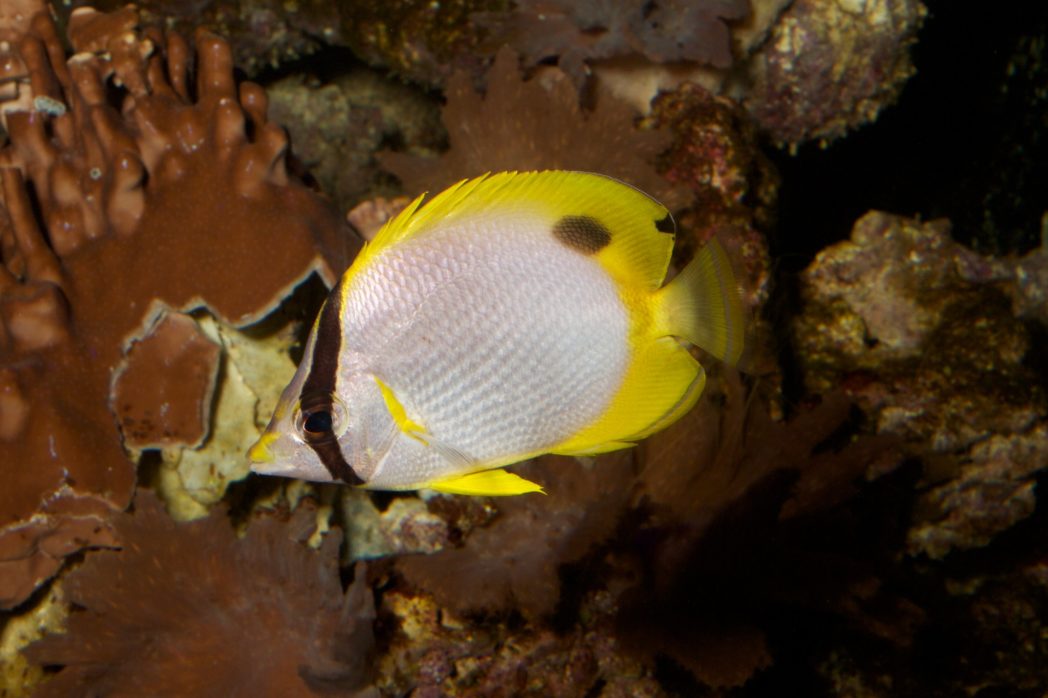 Physical: The spotfin butterflyfish has a thin oval-shaped white body and yellow fins. They also have a yellow stripe on the gill cover, a black stripe running vertically through the eye, and a black spot on its dorsal fin, where the species gets its name from. Popular aquarium fish, due to its vibrant appearance and general hardiness. Adults grow up to 8 in (20 cm).

Habitat: Their range spans from North Carolina to Brazil. While the Barnegat Bay falls well out of this range, this southern stray sometimes gets carried northward by the Gulf Stream during its larval stage. This results in juveniles found as far north as Massachusetts, as well as one notable sighting in Canada. Spotfin butterflyfish live near shallow reefs, while juveniles reside in seagrass beds.

Breeding: Adults form breeding pairs, performing courtship displays to each other. Spawning has not yet been observed, but scientists believe they spawn year round, with a peak in early summer.