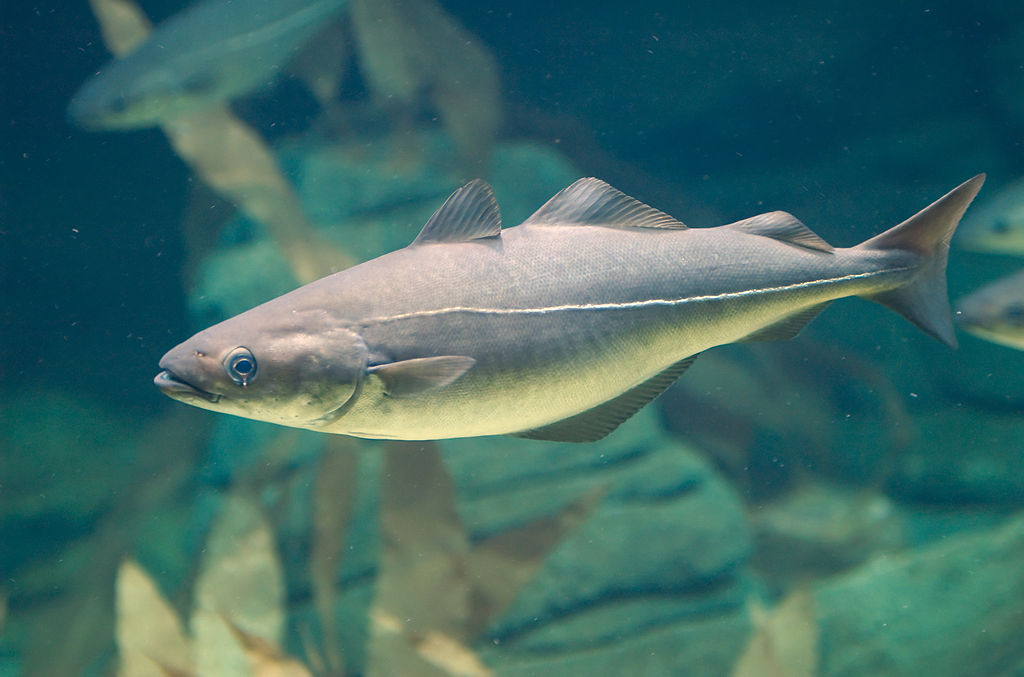 Physical: Pollock are brown-green fish, with paler sides and a small barbel on the chin. They also have a bright white lateral line running from down the length of the body. Adults will grow up to 51.2 in (130 cm).

Habitat: Pollock are common to the North Atlantic. In North America, their range spans from Canada to North Carolina, though very few of them live on the southern end of the range. Juveniles stay in shallower areas, and adults live in the open ocean.

Breeding: Pollock migrate to spawning grounds. The spawning season lasts from September to April, but peaks in the winter. Females can lay anywhere from 200,000 to 8.2 million eggs. Eggs float freely in the water until they hatch.