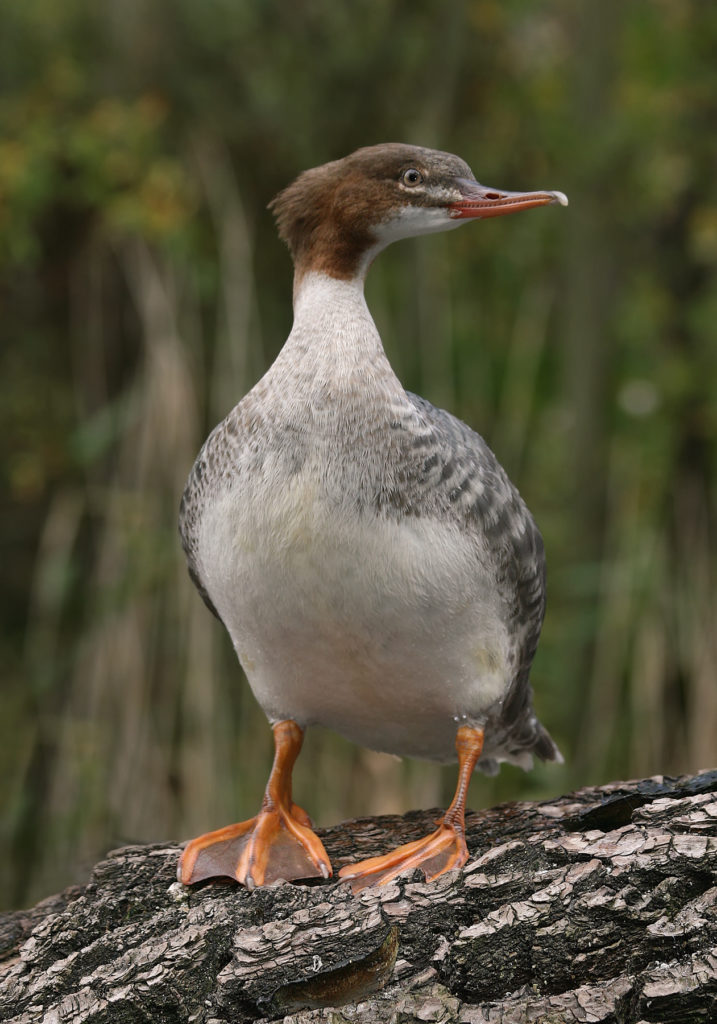 Physical: The common merganser, a type of duck, can grow anywhere from 56-69 cm in length.  Sexual dimorphism (visible differences) is obvious in the coloration of males and females.  Males are a white with dark green head while females are a grayish brown with freyed crests on the back of its head.

Habitat: M. merganser winter on lakes and rivers, and occasionally in salt water.  They range south to northern Mexico and the Gulf states.  They can be found year around in the North East United States.  During the summer these animals roost in hole like areas in trees or thickets in small bodies of water while prefering larger bodies of water in the winter months.

Feeding: Mergansers feed on fish and insects during the mating season for the young.  The upper mandible on their bills are hooked, which helps to catch and hold prey.