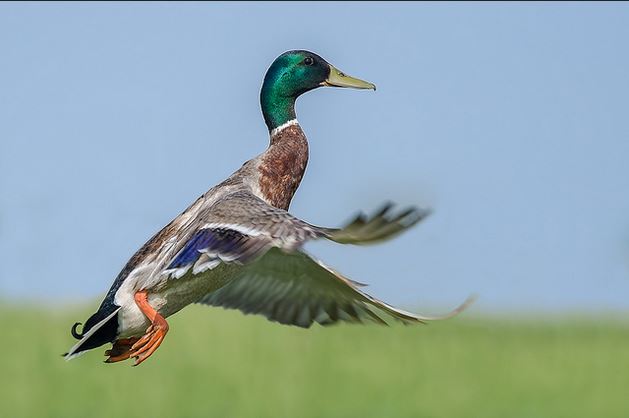 Physical: Females are a plain brown with a few white tail feathers where the male has a bright green head and a white ring around its neck. Males also have a rich brown colored breast and a gray body. They reach a size of primarily 580 cm and they are known for their “quack” sound.

Habitat: A. platyrhychos generally inhabits areas such as ponds, lakes, rivers, streams, and estuaries. They usually fly south for the winter yet some have become year-long residents.  They are well found in almost any area of north america especially along the east coast of the United States, inhabiting everything from heavily wooded forests to urban parks, rivers, and bays.

Feeding: They will feed on almost anything they can find. These are the common ducks that we feed bread and cracked corn.  Wild prey may include worms, snails, and vegetation.

Breeding: A nest is made out of sticks and grasses in which they lay 6- 10 pale yellow eggs in side shrubbery or any low thicket. Eggs are incubated from 27 to 28 days.