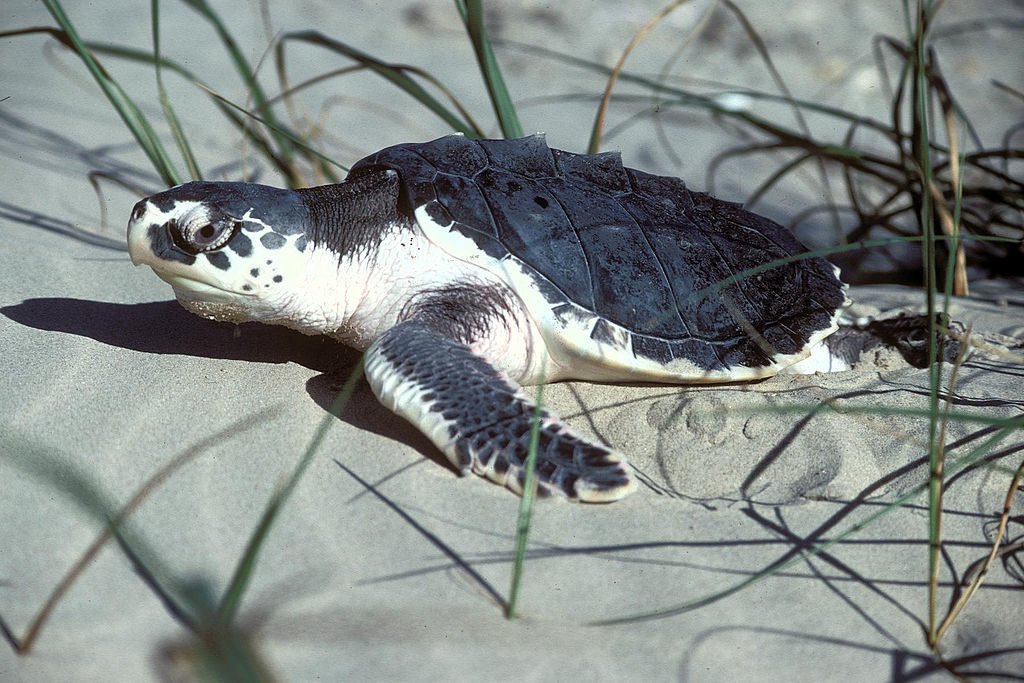 Physical: Kemp’s Ridley turtles can grow up to an average of 2 feet. Their carapace (upper shell) is almost circular with protruding costols (squarish segments on top of the shell).  Kemp’s turtles can weigh up to 80 lbs.  They are one of eight types of sea turtles found world-wide, but are the only ones that are considered critically endangered.

Habitat: Kemp’s turtles enjoy the warm waters along the western Atlantic coastline and inhabit  the Gulf of Mexico along the Mexican Coast during breeding season.  They are thought to migrate from this area to as far north as Cape Cod, MA.  Kemp’s sometimes get caught up on the Cape and become “cold-stunned” which is a cold “shock” they go into when their bodies can’t handle the lower water temperatures.

Feeding: These species feed on fish and other invertebrates that could be found in a near-shore environment.  They are smaller than other sea turtles, thus are suspected to feed near/on estuarine bodies along the coast.

Breeding: Female Kemp’s Ridley sea turtles lay eggs on the beaches of the northern Mexican Gulf coastline.  Females can deposit up to 100 eggs per clutch (most being fertilized) and nest a few times during the season.  Not much is known about their fertilization methods, nor the lifecycle of hatchlings.