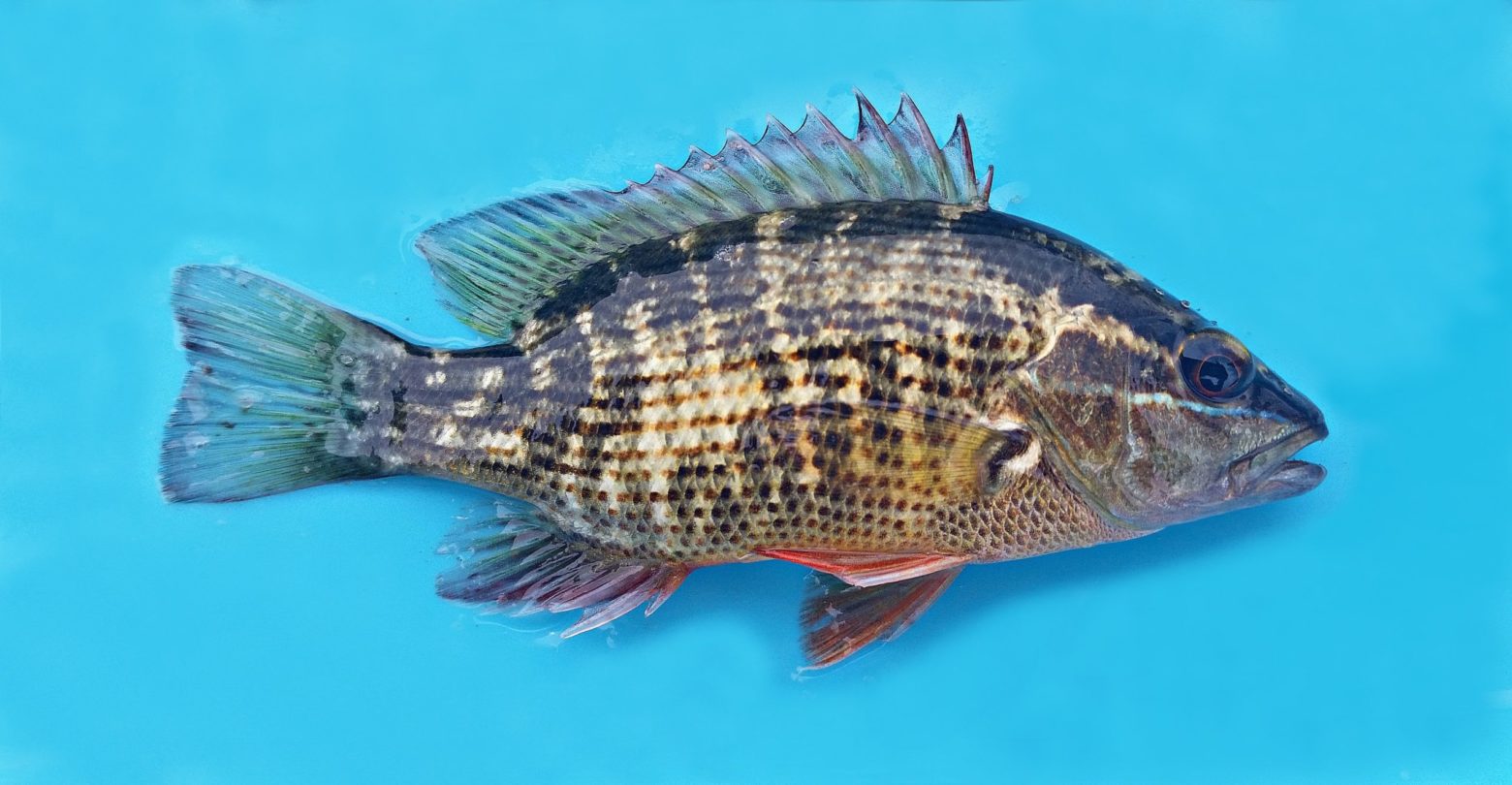 Physical: The grey snapper, also known as the mangrove snapper, is a grey-red fish with a pointed snout, silver belly, and darker red or grey-lined dorsal (back) and tail fins. They have vertical stripes of red-orange spots along the body, and two large canine teeth. Juveniles have a dark stripe running across the eye to the gills, which fades with age. Adults grow to about 18 in (45.7 cm). This picture is of a juvenile caught by a BBP technician.

Habitat: Their range spans from Massachusetts, through Bermuda, the Bahamas, the Gulf of Mexico, and the Caribbean. While the Barnegat Bay is included in this range, their population is centered further south. Grey snapper found in the Bay are typically juveniles who move south at the end of the summer. Grey snapper congregate near reefs, rocky areas, estuaries, and mangroves. Adults tend to “settle” in an area and remain for years at a time. Juveniles live inshore, in seagrass beds and sandy bottom environments, as well as a range of other potential nursery habitats.

Breeding: Spawning takes place in the summer, on or around the full moon. Grey snapper can spawn multiple times within the course of a season. Females release eggs into the water, and larvae grow into juveniles after a month.