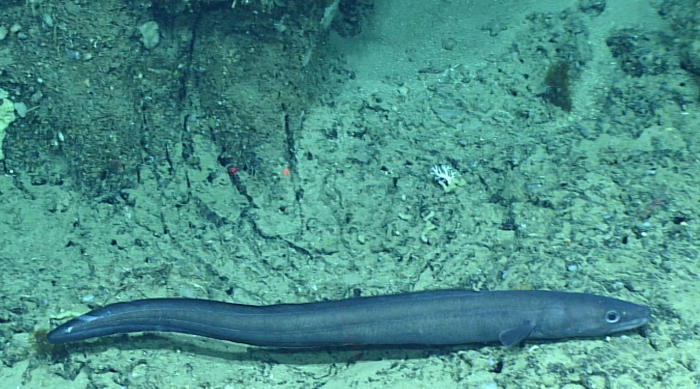 Physical: The conger eel, or American conger, is one of two eel species in the Barnegat Bay and one of several conger eel species worldwide. Coloration varies from blue-grey to grey-brown, with a pale belly. It is larger than the American eel at 7.5 ft (2.3 m). It can also be distinguished by a longer snout and a dorsal fin beginning further up its body, closer to the pectoral (side) fins.

Habitat: Its range spans from Canada to northeast Florida and the northern Gulf of Mexico. They reside in shallow inshore waters, staying close to the bottom. They have also been caught among piers, docks, and other man-made structures.

Breeding: Spawning takes place from June to August. While not much is known about their spawning behavior, it is believed that conger eels spawn offshore, as their larvae have not been seen inshore.