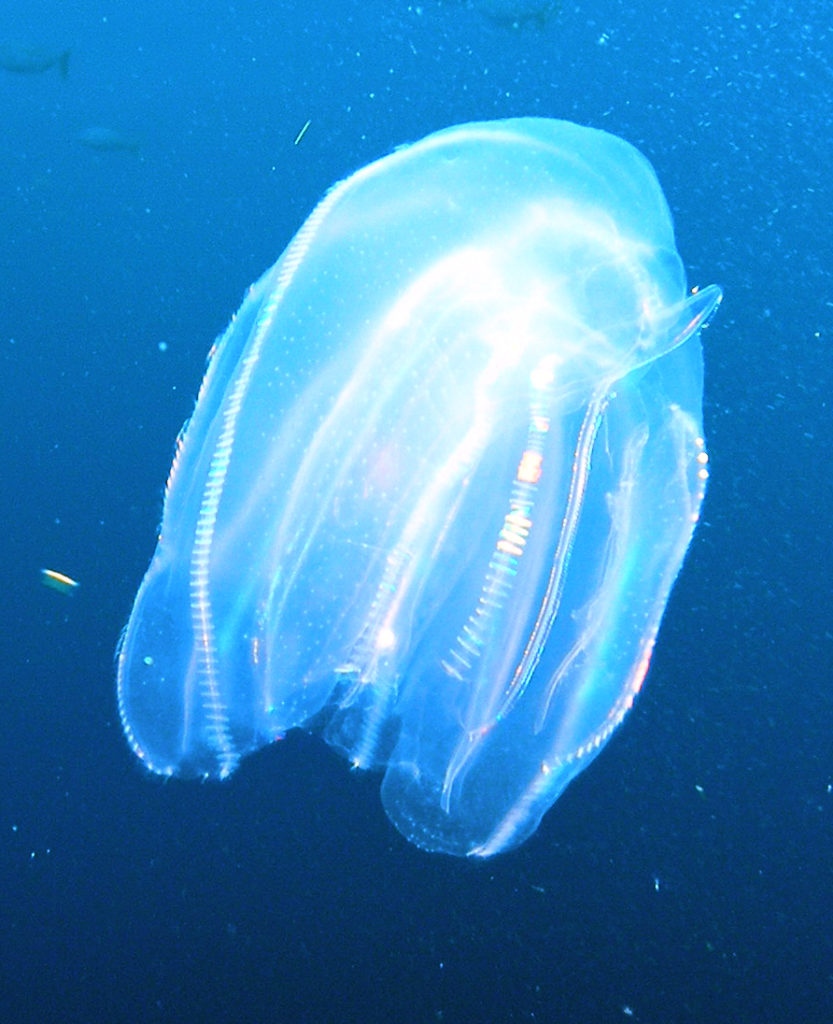 Physical: Comb jellies are not true jellyfish because they do not have nematocysts (stinging cells).  They have eight rows of cilia on their sides, possess biradial symmetry, and are nearly transparent.

Habitat: B. species can be found as far north as Sandy Hook, but are more common in the south.  They are normally found inshore and in estuaries, but can move with the currents and be found in deeper waters.

Feeding: B. species are carnivorous, and will even eat other members of their own species.  They usually eat smaller fish such as silversides and zooplankton.

Breeding: Comb jellies do not have a sessile life stage.  Males and females release gametes that combine in open water.