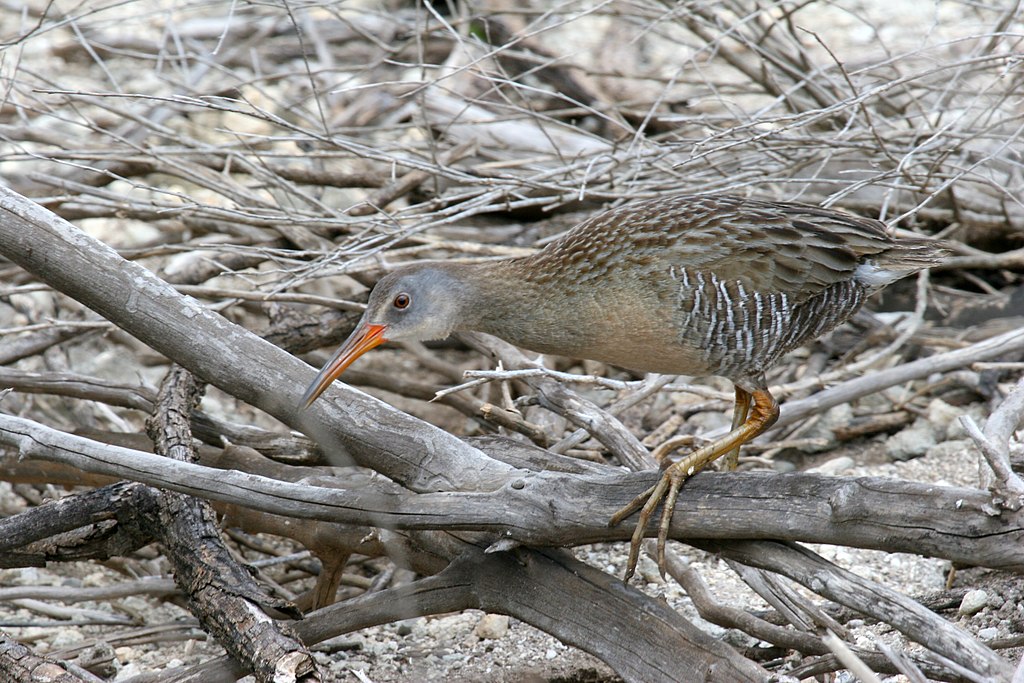 Habitat: Clapper rails live in saltwater marshes. Their range spans from Massachusetts down to the Gulf of Mexico and the Caribbean, though they only migrate to the northern regions (Massachusetts to North Carolina) to breed.

Breeding: When the clapper rails arrive in the Barnegat Bay in April, they begin forming pairs soon after. Males approach females with their mating display, pointing their bills down, swinging from side to side, stretching their necks out and opening their bill. Pairs build nests in marsh vegetation near the high tide line, with a ramp up and woven canopy. They lay 7-11 eggs, which incubate for 20-23 days.