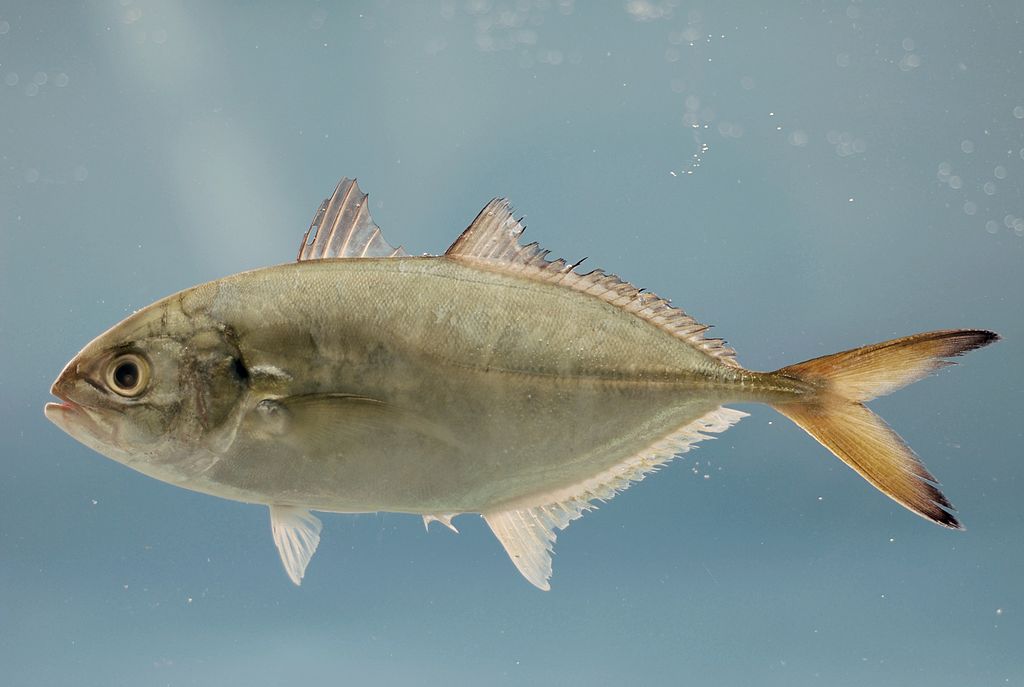 Physical: The blue runner fish is olive to blue-green on top, with a silver-grey or golden belly. They also have a black spot on the gill cover and black tail tips. Scutes (bone-like spikes) are present on the sides and in front of the tail. On average, adults grow to 12 in (30 cm), with the largest individuals growing to 20 in (50.8 cm).

Habitat: Their range spans from Nova Scotia to Brazil, including the Bahamas, Gulf of Mexico, and the Caribbean. They also live in the western Mediterranean and parts of Europe and Africa. Juveniles prefer vegetated areas in lagoons and estuaries, especially areas with Sargassum seaweed. Adults school together inshore and near the coastline. They also like to gather around oil rigs.

Breeding: Spawning season lasts from January to August. Females can lay anywhere from 41,000 to 1.5 million eggs, which they release into the open ocean. Larvae gather near Sargassum, large jellyfish, or other floating objects. Larger juveniles eventually make their way back inshore.