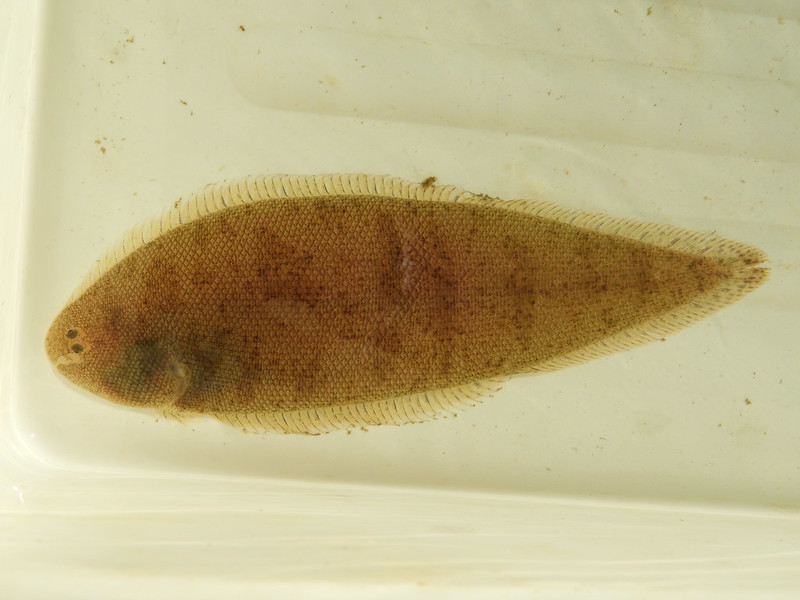 Physical: Blackcheek tonguefish are a type of flatfish. The tonguefish family is characterized by a lack of pectoral (side) fins and its general tongue-like body shape. The blackcheek tonguefish specifically has brown colored bodies with faint vertical stripes and a dark spot on the gill plate beneath the skin. Their fins are continuous around the body, merging with the tail. As left-eyed flatfish, the left side of the body becomes the top side as an adult. Adults grow up to 8.5 in (21 cm)

Habitat: Their range spans from New York to the Florida Keys, northern Gulf of Mexico, the Bahamas, and Cuba. While this range includes the Barnegat Bay, most blackcheek tonguefish live south of the Chesapeake Bay, so any fish that make their way to the Barnegat Bay are considered strays. They live in shallow coastal environments and prefer sandy or muddy bottom.

Breeding: The spawning season lasts from March through October. Adults migrate out to deeper water to spawn in large estuaries and coastal waters.