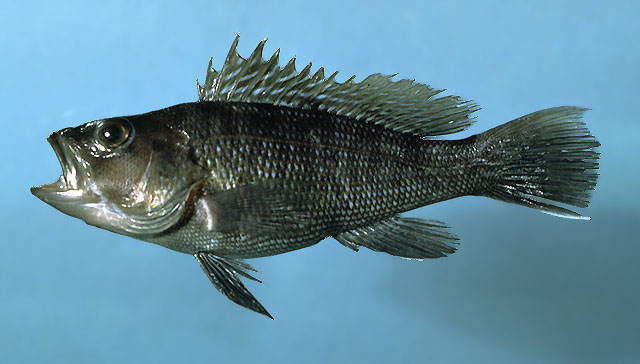 Habitat: C. striata ranges from Maine to northeast Florida and the east Gulf of Mexico. They are considered temperate fish and live near rock jetties, pilings, wrecks, and on rocky bottoms in shallow areas.  Juveniles can be found in the higher level slainity areas of estuaries.

Feeding: Black Sea Bass feed on crustaceans such as shrimp, crab, mussels, and razor clams and whatever else is available making them opportunistic predators.

Breeding: Sea bass are protogynous hermaphrodites, initially being female. Some reverse sex and become male. The reversal generally takes place after spawning between August and April. They mature around two years of age and lay approximately 250 million eggs. Juveniles start as planktonic larvae. When they reach approximately 0.5 inches, they migrate inshore to estuaries, bays, and sounds. Every individual starts as females, then some change sex after spawning.  The gender varies with size where Females are matured at around 7.5 inches while the males are matured at around 9.5 inches.