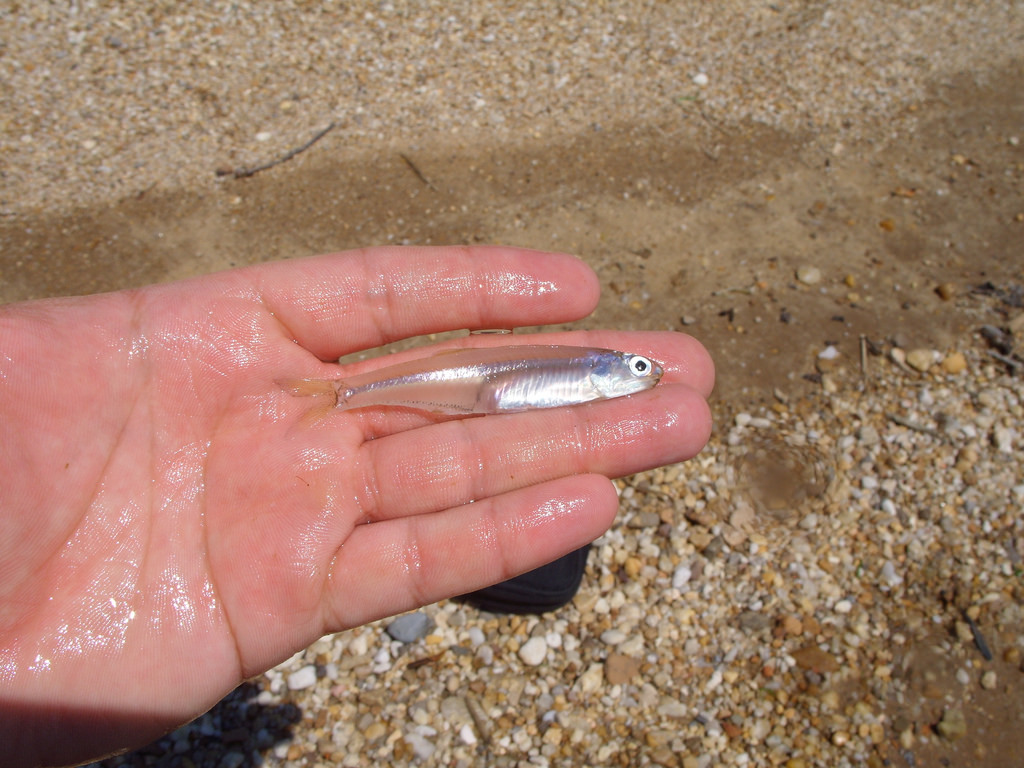 Physical: The bay anchovy is a small translucent fish with a silvery head and body and a single silver stripe down the middle. They have a large mouth with an overbite, which distinguishes it from the Atlantic or Inland silverside. Generally, they grow to about 4 in (10.1 cm) and live less than one year.

Habitat: Their range covers the Atlantic coast from Maine to the Florida Keys and further on into Mexico and the Yucatán peninsula. They can be found in a range of salinities, from fresh to brackish water. They’re most common in shallow tidal waters with muddy ground. Bay anchovy are one of the most abundant fish species in Barnegat Bay and occur in large schools most times of the year.

Breeding: Spawning takes place from May through August. Females can spawn anywhere up to 50 times over the course of a season, laying over 1,000 eggs each time. These eggs hatch within 24 hours and the juveniles mature within months.