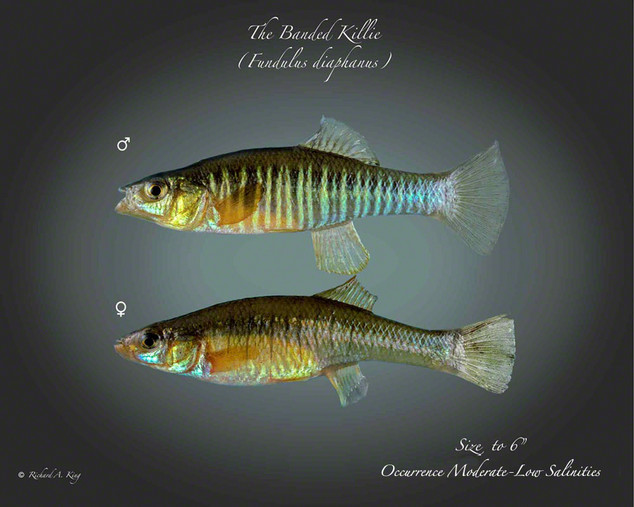 Physical: Banded Killifish have arrow shaped heads with faint stripes as the name suggests. Their coloration is light to dark with black stripes. They reach an average size of 3 inches. They have rounded tail fins and protruding lower jaws.

Habitat: F. diaphanus occurs in fresh to brackish water, preferring lower salinities. They inhabit shallow areas that are well vegetated. They have been found in the west as far as Montana, in freshwater habitats. They prefer temperatures between 50-77° F and can survive in fairly low oxygen levels.

Breeding: Killifish spawn in shallow areas from June to mid-August. The eggs attach to submerged vegetation to mature. Females lay approximately 50 eggs per clutch, which hatch in 10-12 days.”