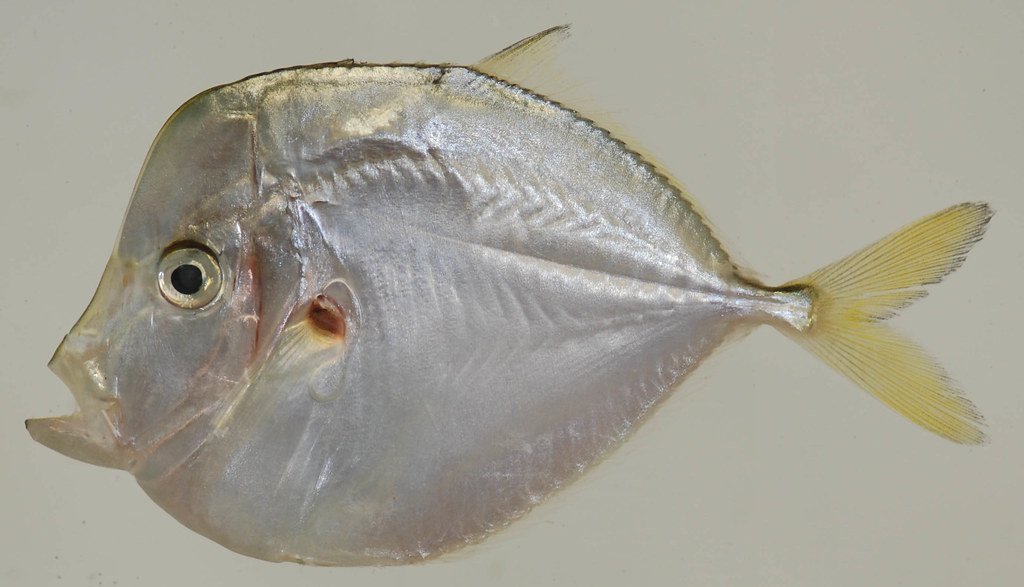 Physical: The Atlantic moonfish is a silver fish with a metallic blue tint, yellowish fins, and a forked tail. They have a black spot on the tip of the snout, the gill cover, and a thin strip immediately above the tail. They also have a very unique shape, due to their bodily proportions, protruding jaw, and sloped face. The average adult grows to around 9.8 in (25 cm).

Habitat: Their range spans from Nova Scotia to Argentina. However, Atlantic moonfish are considered southern strays – most of them live further south, and only occasionally make their way up to the Barnegat Bay. Adults school together in inshore waters, while juveniles live around brackish water bays. They prefer soft bottom environments.

Breeding: Not much is known about their breeding behavior. One study from Brazil recorded moonfish spawning from October-November and February-March.