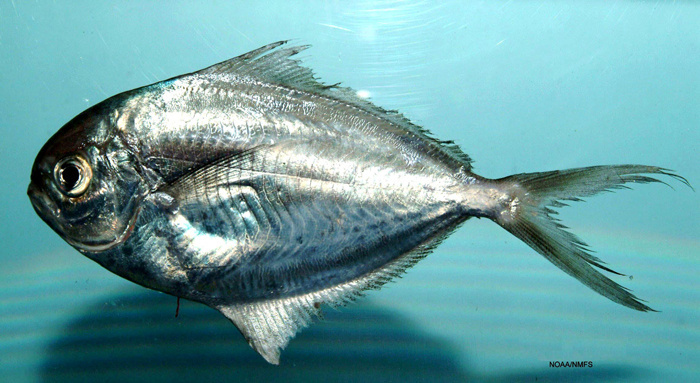 Physical: American butterfish are dull blue in color, with paler sides and a silver belly. They are thin but deep-bodied, with a small mouth and blunt snout. Live butterfish have multiple dark spots along their bodies, which fade after death. Adults grow anywhere from 6-9 in (15.2-22.9 cm).

Habitat: Their range spans from Canada to Florida. American butterfish primarily school over the continental shelf, but move to deeper and warmer water during the winter. While they sometimes venture into shallower waters, they tend not to live there, so any butterfish in the Barnegat Bay are considered shelf strays.