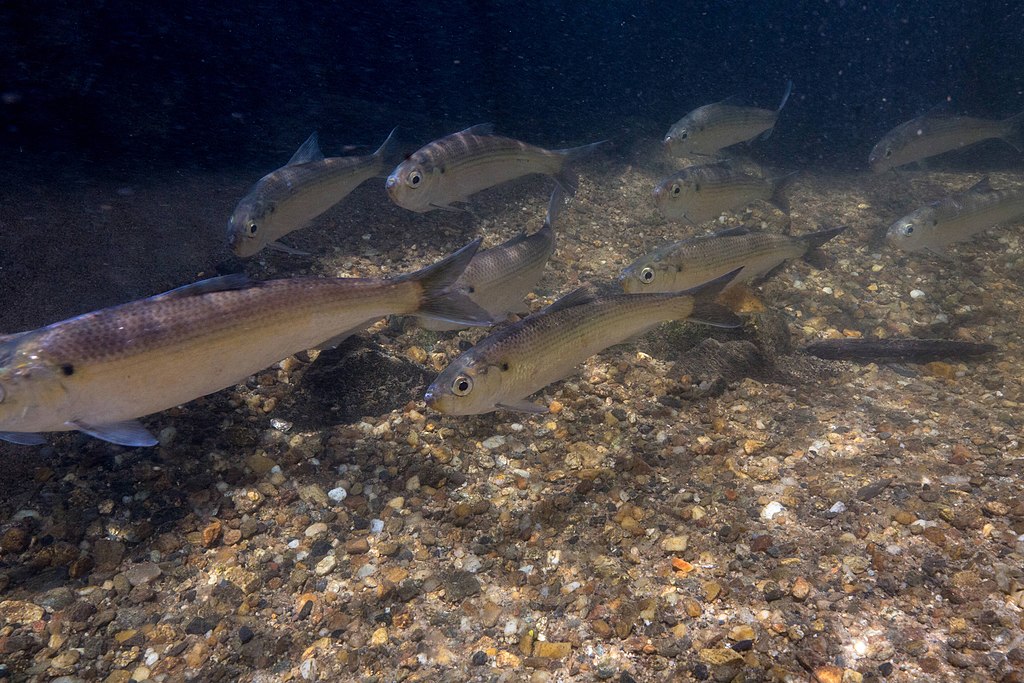 Physical: The alewife is part of a group collectively known as “river herring”. Alewife have grey-green backs, silver sides and belly, and a black spot behind the eye. They grow to an average length of 10 in (25 cm), though inland populations tend to be smaller. They are often confused with blueback (Alosa aestivalis), who are very similar in appearance.

Habitat: Their native range covers South Carolina up to Labrador in Canada. Adults live in the open ocean, but they have also been introduced to inland waterways, including the Great Lakes via the Erie Canal.

Feeding: Their diet consists mostly of zooplankton, crustaceans, insects, and occasionally other fishes.

Breeding: Alewives migrate back to coastal streams for spawning, with landlocked populations traveling up tributaries. Alewives prefer slower moving headwaters and ponds for spawning. Spawning time varies across their range, beginning in March or April and ending in July or August. Females can lay anywhere from 60,000-100,000 eggs, though very few juveniles survive. After spawning, the adults return to the sea and leave the juveniles to stay in the nursery, until they too migrate downstream in the summer and autumn.